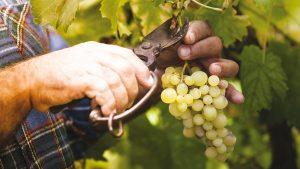 Henri has sparkling blue eyes and a great smile hidden behind his moustache. He appears to be a frank, sincere, almost mischievous character. “The vine must be my reflection. It must be of an exemplary care, generous (not excessive) and joyful… “ everything is said. For Henri the vine is more than a passion, it is the extension of his personality ! When his father-in-law retired in 1997, he decided to take over the reins of the estate and entrust its follow-up to the Cave de Ribeauvillé, as is the tradition for several generations. 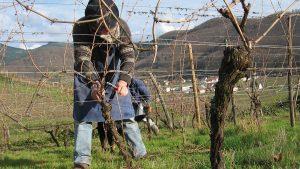 With his heavy Parisian accent, one would have imagined Jean playing in movies opposite Gabin, Blier or Ventura… rather than cutting vineyards in a traditional Alsatian village! Yet, Jean Bailly is, except from his accent, a real Alsatian winemaker … and he defends our values with his son Eric. Jean joined the Cave de Ribeauvillé in 1991 to devote himself entirely to the work of the vineyard, his passion. 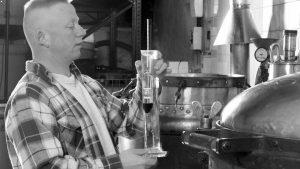 Winemaker and renowned distiller, he lives both of his jobs with the same commitment and the same love of fruit. Philippe Traber is indeed both winemaker at the winery and director of Maison Mette in Ribeauvillé, one of the most famous distilleries in the world! The harvest remains a family story: they are of course exclusively manual and only healthy grapes are accepted in the buckets. He also works his vines in the Grand Cru Osterberg.